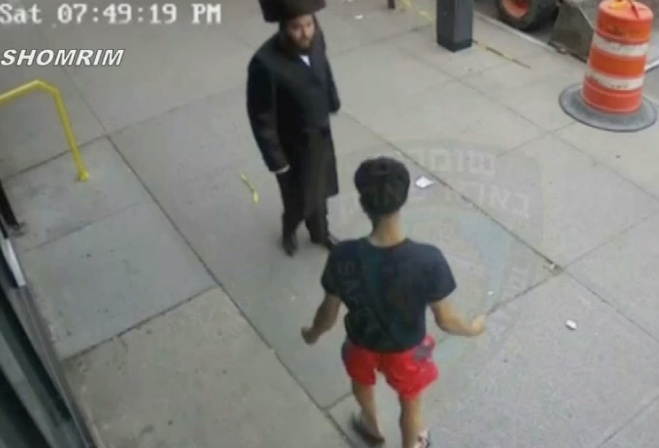 Brooklyn District Attorney Eric Gonzalez today announced that three Brooklyn men have been charged in a 68-count indictment in connection with two incidents in which they allegedly targeted Jewish individuals. The defendants allegedly stated, “Kill all the Jews,” demanded that a Jewish man say, “Free Palestine,” punched him when he refused, and then chased him and a friend while holding a cricket bat.

District Attorney Gonzalez said, “All members of Brooklyn’s diverse communities should feel free to go about their day and observe their religion without fear of being targeted. Attacks such as those described in this indictment – including violence and threats of violence that stem from bias and bigotry – are abhorrent and will be prosecuted.”

The District Attorney identified the defendants as Daniel Shaukat, 20, of Bensonhurst, Haider Anjam, 21, of Midwood, and Ashan Azad 19, of Midwood. They were variously charged in a 68-count indictment with third-degree assault as a hate crime, second-degree menacing as a hate crime, third-degree assault, criminal mischief, criminal obstruction of breathing and related charges. Anjam was arraigned last week, Shaukat was arraigned today and Azad will be arraigned on a later date. They were released on bonds ranging from $4000 to $5000 and ordered to return to court on September 9, 2021. The defendants face a maximum sentence of 1 1/3 to 4 years in prison if convicted of the top count.

The District Attorney said that, according to the investigation, on May 22, 2021 at about 7:45 p.m., the defendants stopped a blue Toyota Camry they were in outside a synagogue on 16th Avenue in Borough Park, yelled, “Free Palestine, kill all the Jews” and spat at the direction of one victim. Anjam and Shaukat exited the car and approached two other men who were dressed in traditional clothing. They allegedly repeated the same statements then banged on the synagogue door after children and adults ran inside. Anjam also allegedly kicked the side mirror of a parked vehicle.

About 15 minutes later, two other Jewish men were walking home on Ocean Parkway in Kensington after Shabbat services when the same Toyota stopped at the intersection. Anjam and Shaukat allegedly exited, approached the two victims and demanded repeatedly that they say, “Free Palestine,” according to the investigation. They then allegedly punched one of the victims multiple times and put him in a chokehold. Azad allegedly exited the driver’s seat and also punched one of the victims in the head.

The victims ran away and Anjam allegedly retrieved a wooden cricket bat from the trunk of the Toyota and chased them. A Lyft driver who observed the altercation offered to help the victims and drove them several blocks to safety.