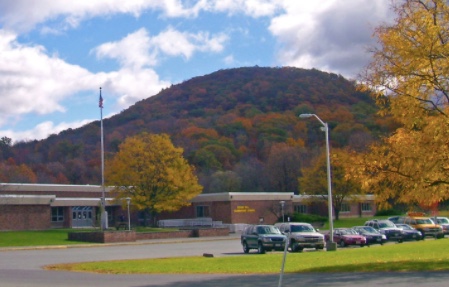 Agudath Israel applauds New York Governor Kathy Hochul for vetoing Bill S1811/A5761 which would have allowed the Town of Blooming Grove in Orange County to establish a “community preservation fund.”

The stated purpose of the bill is to “give the Town of Blooming Grove the authority to create Community Preservation Funds to protect its farmland and open space,” and implement a “plan for the preservation of community character.” It is, however, the contention of the local Jewish community, as well as Agudath Israel, that the real purpose of the bill is to buy up open land in order to keep Chasidic Jews from purchasing this land and building homes in Blooming Grove, which is on the outskirts of the village of Kiryas Joel.

The bill passed in the waning days of the 2021 legislative session last June. Since then, the Agudah, on behalf of the United Jewish Communities of Blooming Grove, has waged an intensive advocacy effort to have this bill vetoed. It was a high-priority item on the agenda of a meeting held with Governor Hochul at the home of Agudah Board of Trustees’ Chairman Mr. Shlomo Werdiger, which included an impassioned plea from Board of Trustee Member Chaskel Bennett, decrying the antisemitism and discrimination implicit in the bill.

Rabbi Yeruchim Silber, Agudah’s director of New York Government Relations, led and coordinated the advocacy effort. He was effusive in his praise of the veto, “We are glad that Governor Hochul saw through this façade and recognized the true intentions of this bill,” he said. “This veto sends a clear message that Chassidic Jews, like any other Americans, are entitled to live anywhere in New York State.” Rabbi Silber also praised Jake Adler, Governor Hochul’s Director of Jewish Affairs, for his vital role in this effort.

Joel Stern and Isaac Eckstein, leaders of the Blooming Grove Orthodox Jewish community, also thanked the Governor, the Lt. Governor Brian Benjamin – with whom they recently met at the Agudah office – and Mr. Adler, saying, “We are inspired and impressed by the ability and vision of the governor, the lieutenant governor, and their respective teams to be able to see through this bill for what it really was and to act on it swiftly and decisively. This shows true leadership and representation all the way from the top and the community very much appreciates it.”

Mr. Avrohom Weinstock, chief of staff at Agudath Israel of America, who played a major role in advocating for the bill to be vetoed, applauded the veto, saying, “It is extremely gratifying to see Governor Hochul veto this bill, as it was clear land use discrimination under the guise of land preservation.”

Thank you @GovKathyHochul for this veto, and good work by @AgudahNews, @UJCofBG, et al for raising objections to this bigoted bill. A similar bill was vetoed by @andrewcuomo. Both those bills unfairly target the growth of the Hasidic Community. pic.twitter.com/4ee1zUwKeA