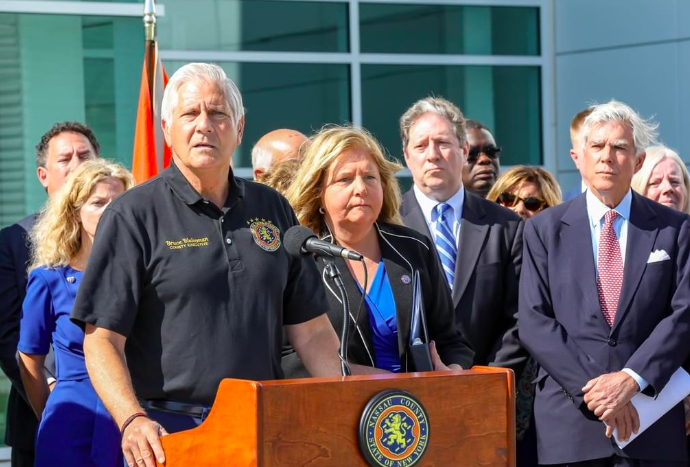 Nassau County Executive Bruce Blakeman and local officials met in Nassau attempting to once again speak out against the insane bail reforms that have caused massive upticks in crime.