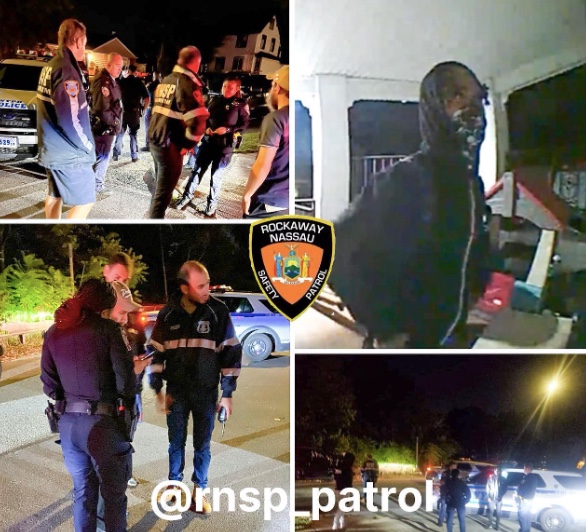 Last Wednesday, a man tried breaking into a Far Rockaway home. At about 2:00 in the morning, children in the home heard some noises at the door and woke their parents. The father quickly realized someone was outside fiddling with the doorknob, trying to enter the home. He immediately contacted local law enforcement and ran down the stairs to bes sure all doors and windows were properly secured.

NYPD and RNSP arrived on the scene within minutes. The perpetrator ran away but was pursued by Police and promptly placed under arrest. Police found some items on him that the man had already stolen from their front porch. Baruch Hashem, the door was securely locked.

The purpose of this post is not to alert or scare anyone but for people in the community to be aware that this does happen and that with simple steps, you can secure your home and car.

The RNSP received a hotline call at 2AM regarding a male attempting to break into an occupied private 🏡. RNSP units were able to locate the suspect. Responding @NYPD101Pct midnight patrol officers arrested the suspect, and the stolen items were returned to their rightful owner. pic.twitter.com/d2yo8537uU