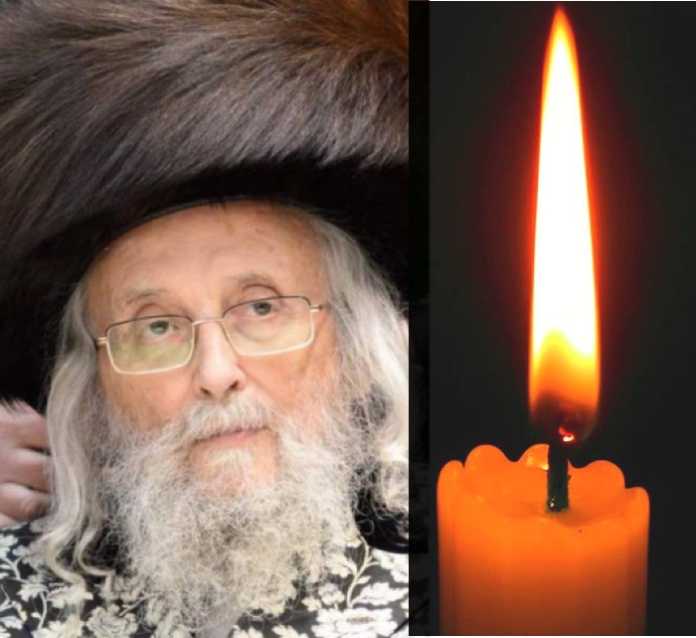 It is with great sadness that we inform the community of the Ga’aved Yerushalayim, Hagaon Reb Yitzchok Tuvia Weiss Zatzal, who passed away early Shabbos morning at the age of 95. The Levaya took place 10:30 AM at the Eida Hacharedis headquarters In Yerushalayim with Kevura on Har Hazeisim. See fotage of the Levaya below.

Rabbi Yitzchok Tuvia Weiss (26 August 1926 – 29 July 2022) was the Gaavad (Gaon Av Beis Din), of Yerushalaim for the Edah HaChareidis. He was appointed to this post in 2004, after having served as a dayan of the Machzike Hadass community of Antwerp, Belgium. Rabbi Weiss was a British national.

According to his late brother, he was born in Slovakia to Shlomo Weiss, a timber merchant. He attended the local secular school in the mornings, and learned bechavrusa with a private melamed in the afternoons.

Before World War II, he escaped Slovakia on a Kindertransport, leaving his parents and family behind. He arrived with the Kindertransport in London in late May of 1939, after the Jewish holiday of Shavuos. He celebrated the Shabbos of his bar mitzvah at the home of a British woman who took him in. The only religious text he received for his bar mitzvah was a copy of the Kitzur Shulchan Aruch, which he studied for many weeks until he mastered it. He also received a pair of Tefillin, sent to him from his father through the Red Cross before he was murdered. By the time the Tefillin arrived, neither of his parents were alive. The Sassover Rebbe Rabbi Simcha Rubin of London became his Rebbe and then was adopted by the Rebbe.

R’ Weiss continued his education at Yeshivas Toras Emes in Stamford Hill, London (also known as Schneider’s Yeshiva), where he studied under Rabbi Moshe (Yehuda) Schneider. One of his peers at the Yeshiva was Rabbi Moishe Sternbuch, who served alongside him as the Raavad (Rosh Av Beis Din) of Jerusalem. After his marriage, he studied at the Gateshead Kollel under Rabbi Eliyahu Eliezer Dessler, who served as rosh kollel.

When he accepted his new role as Gaavad, he also adopted the traditional Jerusalem mode of dress.

In 2019, a collection of Weiss’ novellae on the books of Genesis and Exodus was published, titled Shaarei Tuviah.