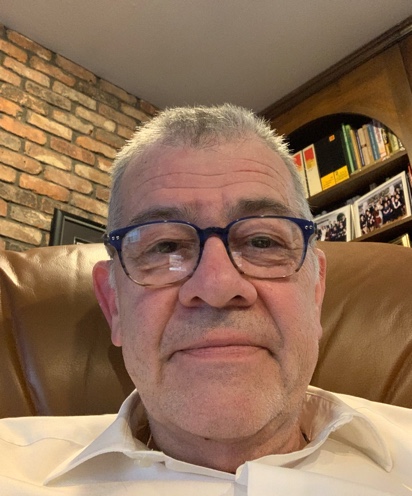 Due to the ever-changing status of the Covid-19 Pandemic, many residents have asked if Dr. Marc Sicklick, a Village resident and prominent immunologist, could share his thoughts on the current situation.  He has consented to do so below, and we thank him for his efforts and concern:

We’re about a year and a half into the COVID pandemic and we are a lot closer to normal than to the lockdown time.
So I am thankful.

How did we get here?

I had initially hoped for a vaccine with 60% efficiency against death or permanent injury, and expected that it would be released by the summer of 2021. Dr. Fauci had said that 60% benefit was his goal and would be the criteria for the vaccine to be released.  90% efficacy against death wasn’t even a serious consideration.

Operation Warp Speed did the impossible.  It cut through government red tape that slows the release of new and promising drugs. We had a life changing vaccine released in December, 2020, one that not only was developed and released in record time, but one that far exceeded the minimal hoped-for degree of protection, with minimal side effects.

The purpose of the vaccine was never to eliminate COVID, a goal that is just not realistic.  The goal was to make the disease manageable and to not overwhelm the healthcare system. It was “to flatten the curve”.  The reality that fully immunized people are very protected against death and severe illness (although not against infection nor against mild to moderate illness) is a tremendous success that has saved more lives than we can count.

For those who feel that they already had COVID or have antibodies and don’t need the vaccine, studies across the board show that the protection from the vaccine is much greater than from natural disease.  Furthermore, antibodies do not equate with protection.  The commonly tested “antibody” is simply a marker of having been exposed to the virus. It is not a guarantee of immunity. We physicians are all aware of people with high antibody levels, even against the spike protein, the part of the virus that attaches to our cells, who have been sickened and hospitalized. Antibodies, for some, give a false sense of security.

I expect the current surge to peak in October, followed by a slow decline.

Of course, there are many variables that can change this projection.

Social distancing is still needed because even vaccinated, asymptomatic people can spread the disease. That does not mean that we can’t have vaccinated friends over for a meal. It means that large gatherings are a recipe for disaster. We need to measure the risk:benefit ratio.

Masking is still needed indoors and in crowded outdoor situations.  The mask is not to protect the wearer from other people, it’s to prevent the wearer from giving the virus to someone else.   It’s part of our social contract with our neighbors. None of us want to be responsible for someone else’s illness or death.

People who are sick in any way should stay home.  You can’t know that “it’s just a cold.”

Frequent handwashing is a must.  This protects YOU.

If these precautions are ignored, the virus will run a worse course.  It will have the time and place to mutate to more contagious and dangerous forms. Worse case projections do go to the same numbers as last January by mid-October.

In the meantime, society needs to immunize as many people as possible.  People who get sick still need to be tested for COVID and need to seek medical help if they test positive, not wait it out until they feel really sick.  Antivirals and infused antibodies and better supportive care all have a role in reducing mortality and morbidity, but if someone waits too long, their effectiveness may not be there.

Those who are afraid to get the vaccine should discuss it with their doctor, not with a neighbor. I remember being lined up in school for the Salk polio vaccine, a disease that infected 52,000 people in the year before the vaccine was released.  When the vaccine was released, our parents were thrilled.  No one debated trusting the government.  I truly believe that if social media were present then, some people, like today, would have spread fear and misinformation, and we would still be having polio outbreaks.  Measles would similarly still be widely present, as outbreaks in unimmunized communities show us.   The measles vaccine was released and administered about 10 years after the polio vaccine with no fanfare and without loud opposition.  Neither led to surprise, unexpected side effects.

Boosters are coming out soon.  Israel is looking at giving a booster to all people over age 40.  To date, the side effects of the third dose are not worse than those reported after the first or second dose.